The night was humid and tangy, heady mist hovering in the air. The sky was low and moldered with deep purple cloud, reflecting in swirls the city’s incandescent glow.

I oozed along the gritty path, sweat creeping down my neck. Feral cats caterwauled and twirled ahead. I stopped to gaze at them when I noticed the black silhouette of a rabbit- a domestic rabbit- right amongst a sea of rowdy felines, ferine. 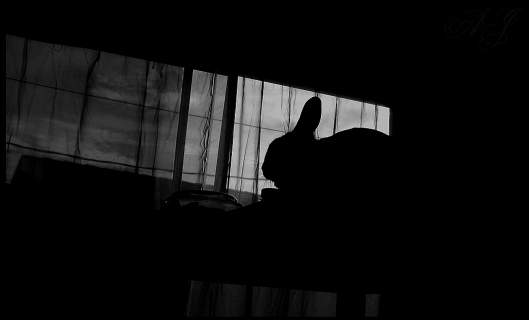 “Are you trying to catch that rabbit, too?!” came an excited exclamation from a female voice.

I swiveled around to face a beaming woman with a crine of giant, lemon-hair outlined brilliantly in the gauzy strobe of the path-light. Her smile beamed through the darkness.

I must have had a sickly, rabbit-besotted look on my face as I stuttered, “Oh right, certainly so!”

“I’ve been trying to catch her for DAYS!” the woman boomed as her Siberian husky-dog companion stepped forward and my hand warbled gently onto the top of his silvery head. 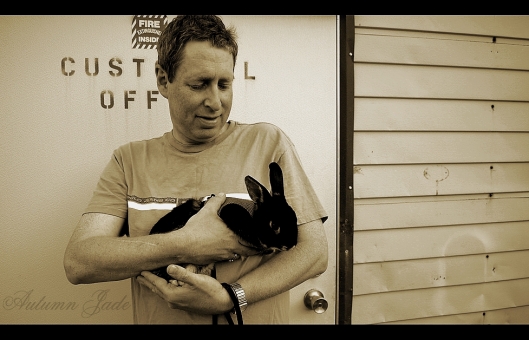 “It’s just about impossible! Oh PLEASE if you catch her will you give her to me?! I really want her!” cried the lovely blonde-haired companion to canines.

“Oh right,” I murmured, gazing into the gelid blue eyes of the great dog, his tongue lolling.

A dyspeptic sort of smile crackled across my ruddy visage, imagining a rabbit taking up residence with this fine canine…

Then came a gust, the lass bugling with a touch of doubt about her elongated words, “GOOOOOD LUUUUUCK!”, as the ashen-grey sled-hound suddenly javelined forth, hurrying the dog-owner quickly away. 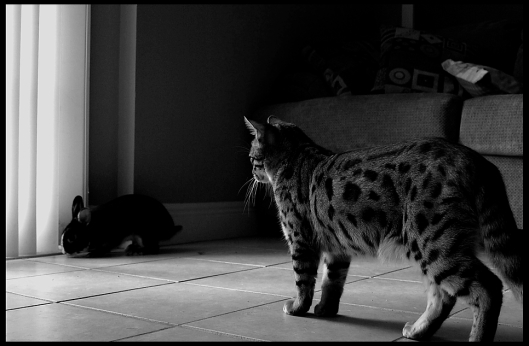 I turned. A cat rolled into the stubborn rabbit who staunchly held her place, her head poised, haughty. I belched forward.

The rabbit shot into the woods at approximately 90 mph. Hum. Not like the usual wild rabbits that seem to always swarm at my feet, darting up to me in the millions, as if I cram my shamrock socks with carrots and don stylishly-leafy celery stalks behind my ears as a nice accent to my Timothy hay wig…

I wobbled after the rabbit. The air was like still water. 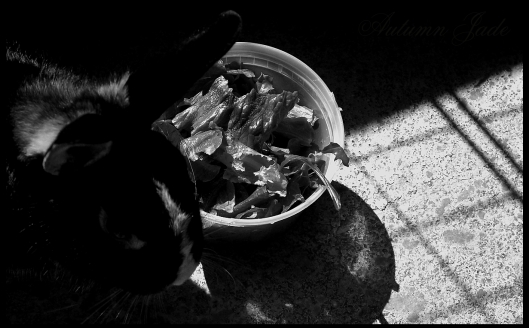 In complete darkness, amidst some kind of inky-black copse of tangled bramble and twisted trees, I was compelled to kneel down for a moment to brood about how to gather up the creature. My hand found itself lightly alighting right upon the head of the long-eared creature.

“Ooofffeee!” I muttered and the rabbit dissipated.

I puttered about and decided that I could decipher just where the lagomorph would emerge, out of this great patch of weald. I swirled all the way around to the very back of the deep patch, where I knew there was a quiet spread of grass, quite secluded. 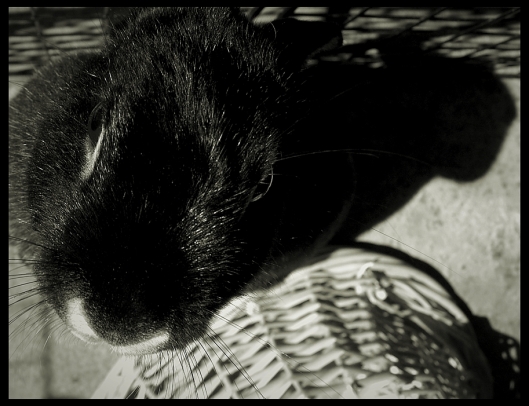 Astoundingly, my pathetic bit of rabbit psychology proved correct as I came beetling up to the creature gently grazing and barking off more rambunctious cats. One cat, I noticed, had just assembled himself into a wobbly pouncing position. 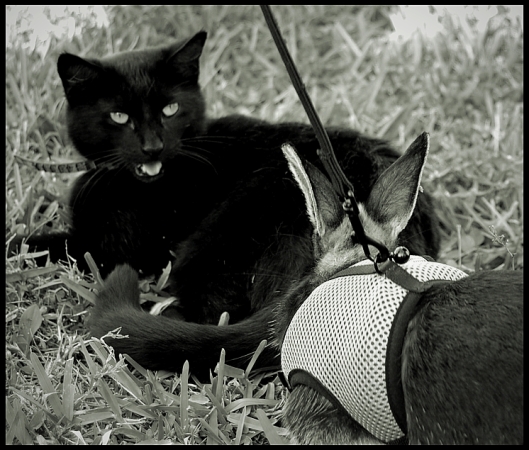 The mouse-lovers sprayed away as I appeared, but the lettuce-lover seemed shocked and merely gawped at me. I had done it. I could see it in that glazed look hovering in her wide doe-eyes. The rabbit-charm never fails. Twelve seconds later she was in my arms, purring, whiskers tickling the neck. 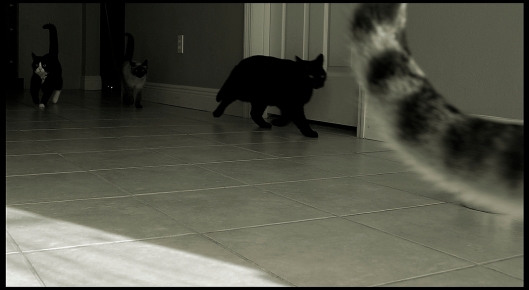 See, these cats are fleeing some bully bunnies in the other room

Having never held a rabbit before, I carried my new rabbit-roomie off into the darkness, to soon take up residence with some wee-woodland-creature-fearing cats and greens-flinging, hay bequeathing humans. 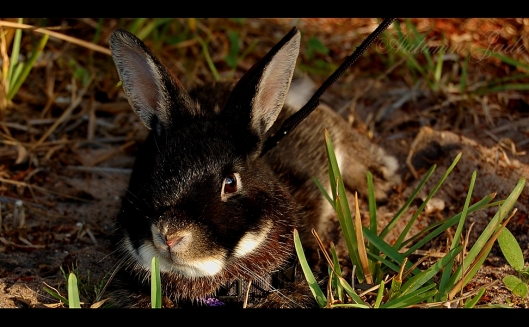 Needless to say, aye, the rabbit was most content. 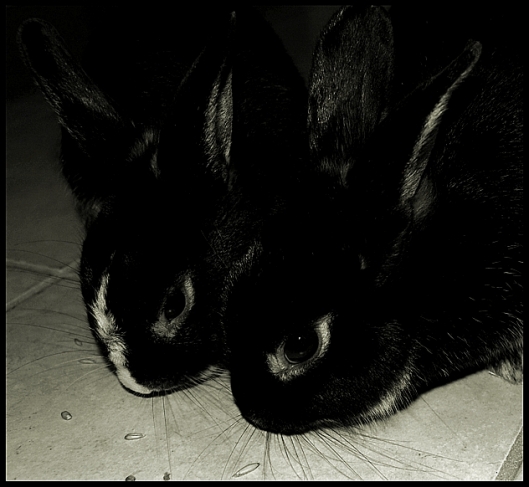 In need of a dear ol’ chum

After some months, however, a depression overtook the cilantro-and-carrot-gobbling being. She was in need of a fellow long-eared companion, it was concluded.

I was off to the park again, this time with Sir, to muse over where to obtain this new chum for the rabbit that had strangely become known to us as Gandhi-Poe Lassie.  Would there be a rabbit at the shelter, perchance? Perhaps we should check the online ads.

We were not haunting the park more than three seconds when Sir spotted a white-blazed, pink-nosed, black pet rabbit huddled against a yellow parking curb. Oh my. 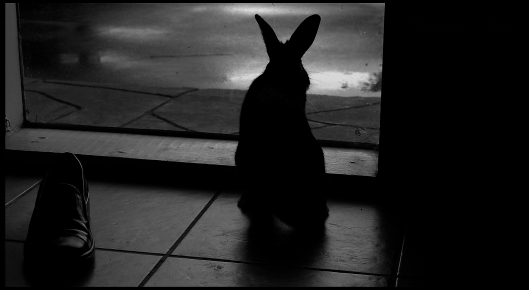 It seemed our musing was over.

He bleated to me, I got out to attend to the rabbit, and Sir sped off to go get a cage and a net from the house just down the way. Hmph. Who needs those things?

I began to radiate rabbit-charm when a human being approached from behind, yet again, and the wee woodland creature darted underneath a parked car. Oh dear.

The approacher was an octogenarian woman looking to vacate the park. Her instant assumption was that the rabbit now crouched beneath her pale Lincoln car was mine, and that I was of in the habit of stowing pet rabbits under whatever cars I liked, whenever I felt like it, regardless of consequences and who I might hurt. 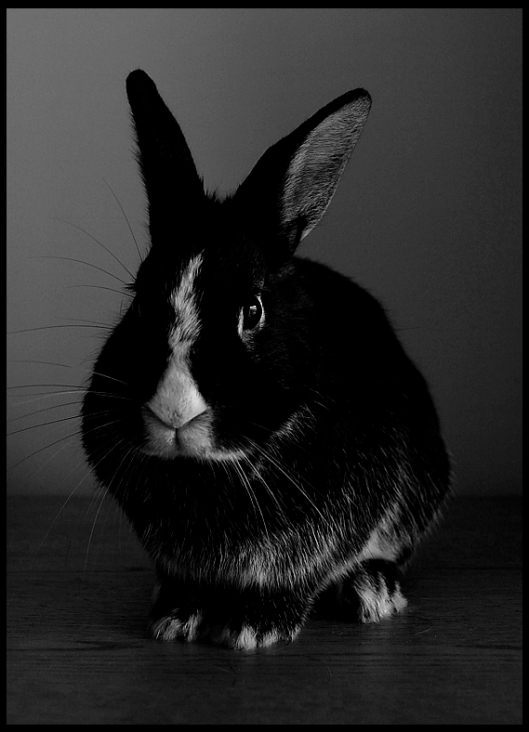 Too cute to stow and leave under cars

Well, I am not one to sway about and attempting to explain things. I am one of action. I decided I would get right to work gathering up the creature. 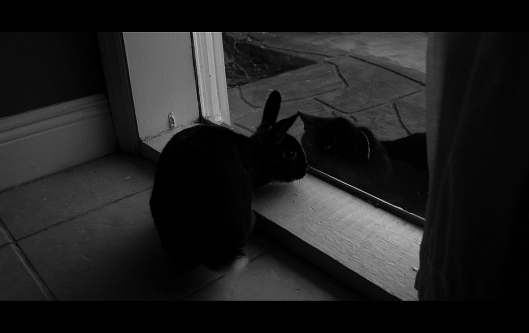 I was nervous, however, and my radiating rabbit-charm was askew as the woman stamped impatient feet and huffed to the heavens about the oh so grueling oppression of the Impetuous Youth, of which she readily decided I was most assuredly a member of.

My crawling about and cooing beneath her car seemed to exacerbate her aggravation, and did nothing to entice the rabbit to scoot elsewhere. I attempted to snag, and he would shuffle out of reach every time. 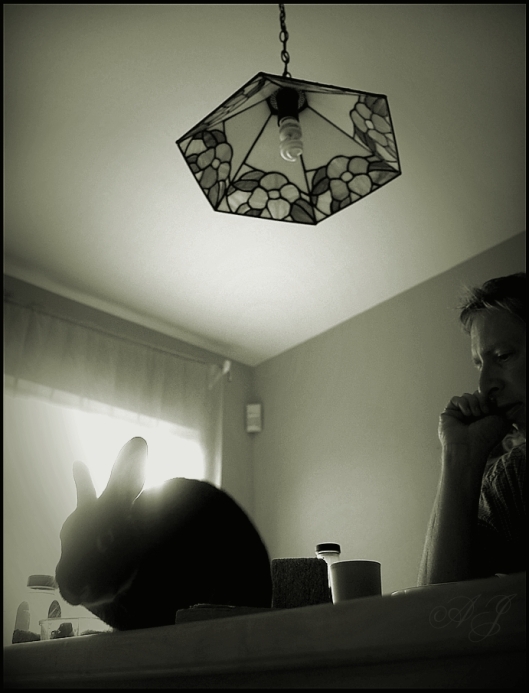 The Lincoln-owner decided starting the car might help. The rabbit seemed to find the gentle bombilation of the engine relaxing.

At last, I decided to bellow and have convulsions underneath the car, to the automobile-owner’s audible dismay, and the rabbit slipped out of the shadows and pranced across the way in order to perch on some coquina-limestone outcroppings. Obviously, he did not find it prudent to while away the hours under cars with humans having fits.

I oozed sheepishly out from underneath the vehicle and the grey-haired woman sputtered a rapid, “THANK YOU!” at me as she speedily evacuated. 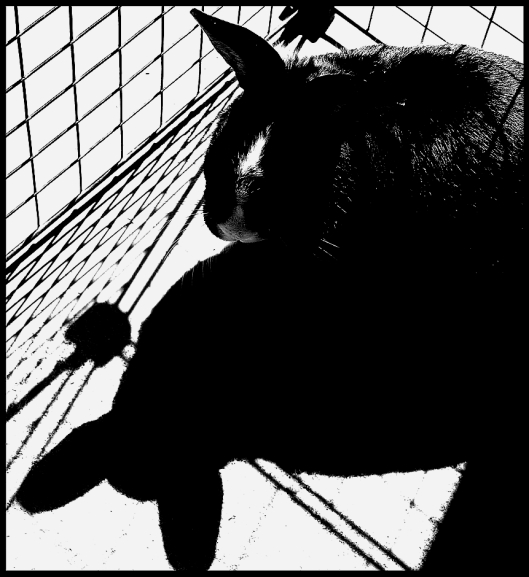 Some onlookers smiled as I wobbled over to the limestone. A grin had manifested itself on my face as I recognised the look the lagomorph was beaming at me. Yes, I knew that look- “Right-ho, pick me up, all ready to go now.” 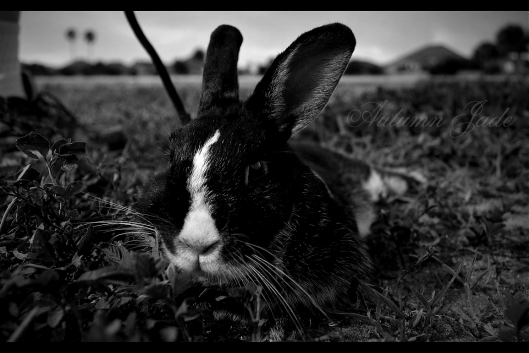 There was a hazy film hovering in the rabbit’s auburn eyes. He was charmed. He was almost smiling as I scooped him up and hoofed it home, as at last, the heat was quelled by the commencement of a gentle, sluicing rain. The rabbit, named Bunion Claude, seemed to like the soft shower, and purred in my arms. 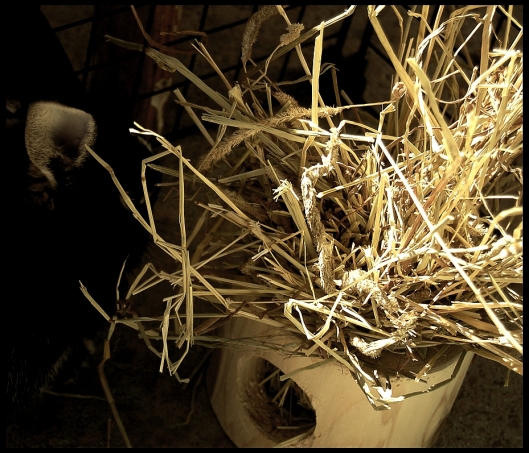 And so, that was how I became rabbit-roomies with the two fine foot-slapping, white-cotton-tailed creatures. They adore chasing the trembling cats, gobbling red leaf lettuce, and munching hay from my wig as I pat them contentedly on the head in a sort of rabbit-loving haze. 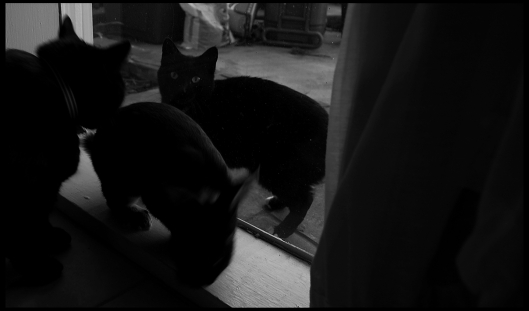 A post me dad wrote, about the time we discovered a tern with a broken wing huddled in the blusterous night

to sire with love

This little adventure came about many moons ago-soon after losing my wife Jodi.

We would visit a small park, known as Castaway Point, with a beautiful dock that juts out into the peaceful limpid Indian River Lagoon, rife with dolphins, herons, cranes and other exotic fauna.

That night was very wild and exceedingly windy-a glorious evening. And like those who help those affected by tornadoes or hurricanes and other disasters, we got to help a storm victim ourselves.

I was rumbling along the wooden boardwalk when I sighted the forlorn creature. Strange, he was right next to the boardwalk and not flying away as I trundled forth. A set of black-rimmed eyes set in a comical black-topped head with a brilliant orange bill stared up at me. A sleek bluish-white feathered body rounded out the rest of him.

I bent down and he moved away. Then I saw why he…

Another Beautiful Morn in the Florida Brine.

Thank you for imbibing, jubilant cheers,